READING, Pa. – A $9 million project being proposed by Reading Housing Authority would convert two buildings at the city’s Oakbrook Homes public housing community Oakbrook Homes – Reading Housing Authority (readingha.org) into a neighborhood resource center and family services complex. It would include a 24-hour day care center and help residents on the road to self-sufficiency, officials say.

The project would transform an underused, 7,500-square-foot property management building, located at 1001 Scott Street, into the new Neighborhood Resource Center and an abandoned 12,000-square-foot, three-story central boiler plant into a Family Services Complex.

Pans were detailed at a city Zoning Hearing Board meeting last week.

The former boiler house, located at 500 McClellan St., would need to be rezoned for use as a day care. Zoners are expected to announce a decision on the application at its May 11 meeting.

The housing authority “is committed to funding all architectural and engineering costs and $1.8 million in construction from scarce capital improvement allocations,” the authority says in its plan. “The project has an immediate need for $3.2 million in order to move ahead with a phased construction approach, whereas funds to address the project in its entirety would allow for overall cost savings.”

“Reading Housing Authority already has money established toward this project, but we’re going to need significantly more money, because the money that we have compete with what we do at our core, which is provide housing,” authority Executive Director Stacey Keppen said.

The building at 1001 Scott St., a small part of which now is used for the complex’s management activities, would become the Neighborhood Resource Center, using two large common spaces and a commercial kitchen for programs “that address key areas of economic opportunity and neighborhood-building,” according to housing authority plans. It would include a food pantry, small grocery store and business center.

A smaller office would serve as shared space for human service agencies to ensure clients easy access. Some Berks County Intermediate Unit Head Start services based in the building would move out.

“The vast majority of it is an unused space that can be, with very reasonable costs, turned into a full-fledged neighborhood community center — a true community center for the Oakbrook Homes Community,” Keppen said.

“It’s very uncommon for a public housing community, especially one as large as ours is, to not have a community center. So, this project is meeting a longstanding unmet need. But one of the things that we’re most excited about is the idea that, in order to help families get back to work, we need to address an obstacle that was pre-COVID, but is certainly much more pronounced … the issue of transportation and child care.”

The decommissioned boiler house, which until 18 years ago provided all the heat for the 53 acres of Oakbrook Homes, “is now, essentially a shell — a gigantic shell that we are looking to deck out into three floors.”

The Family Services Complex would have new property management offices and two floors of child care and early education services that would support RHA’s strategic plan to help residents “move beyond a reliance on subsidized housing programs” by ensuring parents “can engage in meaningful activities in the pursuit of education and employment,” the authority’s plan says.

Oakbrook Homes is Reading’s largest public housing community, with about 1,600 residents — more than half of whom are children and more than 100 are age 60 and older. Eighty-seven percent are “extremely low-income,” earning 30% or less of the area median income. Since March 2020, households in Oakbrook Homes have experienced a reduction of more than $564,000 in earned income, according to the housing authority.

“It’s a population of single-female-headed households — moms and young children and older adults,” Keppen said. “So there’s lots of young children [of mothers] who are, in many cases, not going to work because they’re staying home with children. And perhaps, if child care were closer and all of these other services were available, could get back to work, could move on to self-sufficiency.”
Despite Oakbrook being Reading’s largest public housing complex, its location in the city’s District 1 is 3.2 miles from downtown, where most of the services they need are located.

“A common feature associated with public housing properties nationwide is a central location for residents to receive services that are intended to promote physical, emotional and economic health and wellness, as well as contribute to the resident’s capacity to realize self-sufficiency,” the project’s plan says. “No such facility exists in Oakbrook Homes. … Obstacles such as child care and transportation pose barriers for residents in accessing the extended community’s robust human services and in meeting many basic needs.”

“In some of the work Reading Housing Authority has done around providing resources for Oakbrook Homes, it has been said Oakbrook is an island,” Keppen said. “So they really have a difficult time accessing Center City services. … There are a lot of organizations that are doing great work for Oakbrook Homes. But in the absence of a place to deliver services, we’re really at a standstill.”

Keppen said the housing authority is working with its architect to “see how many children can be served” at the proposed center. Part of that decision will be determining what ages the center will serve, she said.

The day care would be operated by the housing authority partnering with an existing day care provider to help “design the layout so we can serve as many children as possible,” she said.

Keppen said it hopes to work with Opportunity House Shelter in Reading to model the center after its 26-year-old Second Street Learning Center, which was the city’s first 24-hour, seven-days-a-week childcare program in the city. That program says it serves 350 children, ages 6 months to 13, a year.

While the new office would primarily service Oakbrook Home, “we’re never opposed to serving the surrounding community,” Keppen said.
Between the buildings is the current maintenance department for Oakbrook Homes, which would remain.

Keppen said the project arose from assessments of needs for the housing complex for the past 20 years. Also, residents “had been asking for the community center forever,” she said.

Keppen said 2024 would be a target for the project if funding is acquired, and if delays in construction cause by COVID-19 can be overcome. 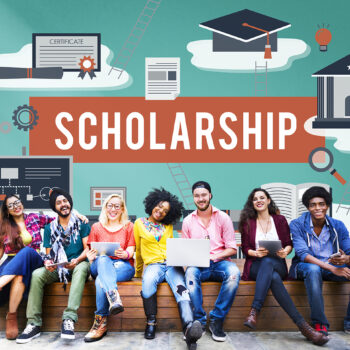